Early Thursday morning, after a journey of more than 9,000 kilometres, the first shipment of liquefied natural gas from Canada arrived in China.

A single ISO container of gas left FortisBC’s Tilbury LNG storage facility in mid-November. Days later, it set sail through Burrard Inlet on its journey to its final destination in China on Dec. 14. Although the shipment is small at about 17 tonnes or 950 gigajoules of gas, it’s a turning point for BC’s LNG industry.

“It is just the beginning of the golden age of natural gas,” said Calvin Xu, CEO of True North Energy, which oversaw the logistics of the shipment. “There are still huge opportunities for BC to supply LNG to China.” 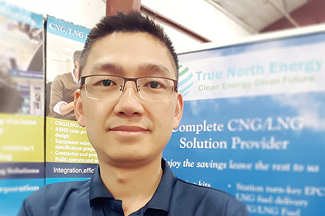 The event is a milestone for Xu whose energy industry journey started in 2009 when he was the Asia Pacific business development director for a BC-based compressed natural gas equipment manufacturer. By 2014 he was working with a new venture to develop a mini-LNG factory project for LNG energy users in the North. In 2015, Xu co-founded True North Energy with the mission of deploying new innovations and business solutions to accelerate the adoption of natural gas for industrial use.

Since acquiring an LNG export license in 2015, True North has been eyeing the Asian market. Finally, earlier this year, came a breakthrough.

“In early 2017, we signed an LNG supply agreement with the buyer from China,” Xu said.

Xu turned to FortisBC and its Tilbury LNG storage facility to supply the fuel for the shipment. True North looked after importing the ISO container, the LNG supply arrangement, managing logistics, export documentation and reporting.

“At FortisBC, we’re evolving to meet the needs of our customers as they work to reduce greenhouse gas emissions, both in BC and abroad,” said Vito Triggiano, FortisBC’s director of LNG Market Development. “This first shipment will help an industrial customer in China make the transition from coal to cleaner natural gas.” 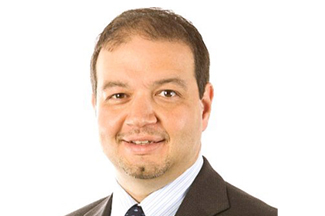 Canada’s first export shipment took a route less travelled. The voyage was by container ship, bypassing receiving LNG terminals and regasification facilities. This simplified process reduces the cost and infrastructure constraints of the conventional model of shipping by LNG tanker.

“The main advantage of shipping LNG by ISO containers is high flexibility,” Xu said. “Instead of relying on dedicated LNG carriers, exporting and receiving terminals, ISO containers enable us to utilize existing container ports, ships, trucks and rails to transport the LNG.”

China has been ramping up its fight against pollution. The central government is now aggressively moving to transition coal users to cleaner natural gas. The goal is to steadily increase the natural gas share from about six per cent of the energy mix in 2015 to 10 per cent by 2020 and 15 per cent by 2030. But there’s a snag, China’s domestic supply can’t keep pace with this surging demand.

To keep up, in the last six years alone China has tripled its LNG imports. By 2018, the country is projected to eclipse neighbouring South Korea as the world’s second largest LNG importer. Despite this impressive growth, coal still loomed large in 2016 accounting for 62 per cent of the energy mix.

Enter BC, which has two significant advantages in the race to supply China with natural gas. First, its abundant natural gas supply is expected to satisfy domestic and export demand for 150 years. Another advantage is its proximity to Asia.

FortisBC is expanding the Tilbury LNG storage facility to meet growing domestic demand and help customers like True North Energy supply overseas markets. With the first shipment having reached China, FortisBC is now looking forward to a new shipment of four ISO containers to China in mid-December and the prospect of more LNG shipments in the new year.

“We’re still focused on our domestic LNG market and helping our industrial and heavy-duty vehicle customers in BC transition to lower-carbon natural gas,” Triggiano said. “But supplying overseas markets will not only reduce greenhouse gas emissions globally, it could have the added benefit of stabilizing rates for existing customers, especially during the summer months when home heating needs are low.”