You can view current Kootenay Lake levels online or sign up for notifications about large or unusual fluctuations in lake levels. When we anticipate a significant or rapid fluctuation of the lake level, we will make every effort to inform customers who’ve asked to be notified by email or automated phone call.

Why do we monitor Kootenay Lake levels?

Kootenay Lake is part of a watershed that flows across the international border with the United States, and is governed by the International Joint Commission and the 1938 order that provides the parameters for Kootenay Lake elevations throughout the year.

The lake is subject to large natural inflows of water and fluctuations throughout the year and affects the operations of several hydroelectric generating facilities, including four dams operated by FortisBC on the Kootenay River, the Duncan Dam operated by BC Hydro and the Libby Dam operated by the US Army Corps of Engineers.

The International Joint Commission is a bi-national body with three members appointed by each country. It administers the Boundary Water Treaty of 1909 to provide regulations and resolve disputes concerning waters that flow along or across the border. The commission can issue orders and approve applications for the use, diversion, or obstruction of these waters.

Of FortisBC’s four hydroelectric dams on the Kootenay River, Corra Linn is the closest to Kootenay Lake and can operate as the control point for water flows out of Kootenay Lake. Grohman Narrows, just upstream from Corra Linn, also helps restrict water flowing out of Kootenay Lake at certain times of year, especially during the high spring runoff period. The practice at Corra Linn during this time is to open enough gates so that Grohman Narrows is the restriction; however, the number of gates opened or closed during this time is not an indication that the flow is being restricted. 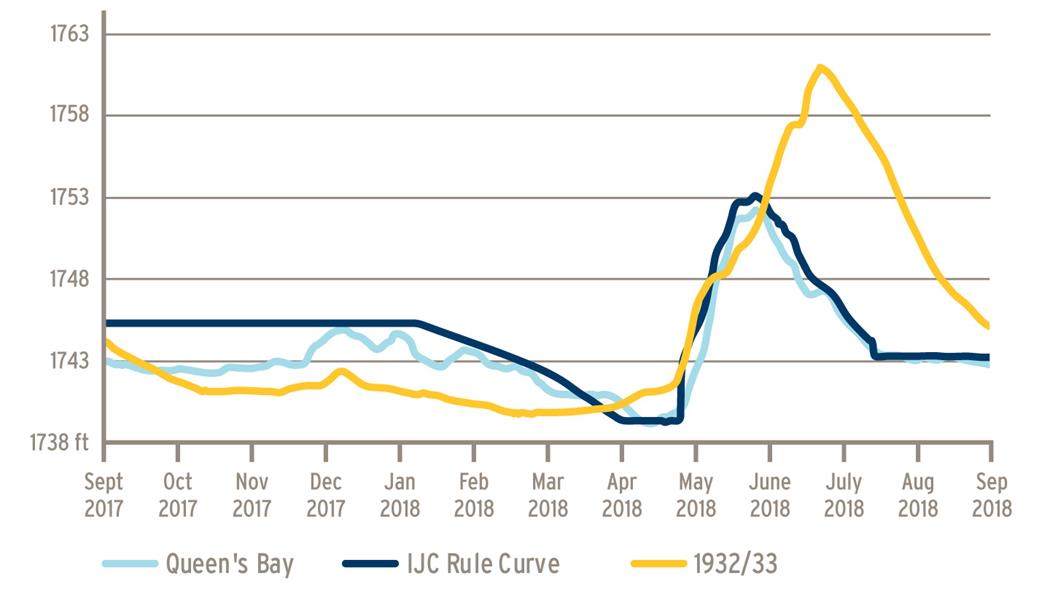